Why not go indie? I worked at a traditional book publisher and observed the way writers were treated. Even solicited manuscripts would sit around in stacks for months. Much of the time they were never read. One day frustration would take over the office and they were all returned, unread with a rejection card. Those authors who were lucky enough to make it to a pub date were mostly ignored after publication—unless the author was a self-promoter. We would send out a handful of advance galleys in the States to places such as Publishers Weekly, Library Journal, Kirkus, The New York Times. Sometimes we would assist the author in getting a few interviews on early morning TV in their community. That was it. If the book didn’t sell, it was remaindered.

With this in mind, I decided to publish Reluctant Medium via the indie route. Yes, it’s time consuming, but you know, it’s mostly fun. Really, it can be fun marketing and promoting your own book. I like the control I have over things like cover image (which I did myself—art major) and in setting up my blog and reaching out to readers.

How do you define indie?

It’s the self-service of publishing. You write, edit, create your cover, upload to retail outlets, then market and promote it yourself. I didn’t think I’d like reading books on a Kindle, but I did! That’s when I knew, I’d publish my paranormal mystery as an eBook. I haven’t looked back. Indies are the future of publishing. It’s likely the brick and mortar publishers will perish like the dinosaurs.

The important thing for indies to remember? Quality. Take advantage of professional editors, cover designers and formatters for the best possible results.

Summarise your writing style in 100 words or less

Fast-paced and fun; throw in some suspense mixed with a dash of horror; add a buddy story between two women friends; whip in a cynical fact-based character in a situation that cannot be explained; beat a couple people to death with a supernatural being and you’ve got reporter Rachel Blackstone in over her head. Servings never run out and seconds are welcome.

Who do you feel has influenced your writing the most?

It all began when I read my first mystery, Shirley Jackson’s We Have Always Lived in the Castle. I was a kid reading my first grown-up book and, wow, what an ending. I was hooked. A few years later I discovered the metaphysical watching Dark Shadows. From there, Stephen King was the natural choice. As an adult, I was introduced to Shirley MacLaine. Her book, Out on a Limb, changed the way I perceived a lot of things. Along the way, I’ve read some great authors like Chaim Potok. My Name is Asher Lev was assigned reading in college. What a terrific storyteller!

Do you aspire to be like any ‘trad’ or indie author?

No, I’m an original and I’d like to remain me, with all the quirks, flaws and other characters who reside in there. (No, I don’t know how many there are.)

Do you have any advice for aspiring writers?

Write. Never give up. Don’t believe in writer’s block—I don’t. Working on newspaper deadlines will knock that notion right out of the park. There is no shame in trying the traditional route to publication, but neither is there any reason not to go the indie path. There is a steep learning curve at first, but you can do it.

List your top five websites for publishing, marketing or writing:

My new favorite is Smashwords.com. Once in their premium catalog, the world really opens for your book. Even Amazon, also a fav, doesn’t reach as many countries as Smashwords. But Amazon’s KDP (Kindle Direct Publishing) is an easy way to begin. Goodreads and Shelfari are great for reaching readers, learning what they enjoy and making a few friends along the way. You can also pick up reviews there. A few bloggers who have been wonderful to me are the Paranormal Book Club, Chompasaurus Reviews and Kindle Book Promos. They’ve all done interviews and/or reviews. Book bloggers who feature authors and reviews are the way to go for indie eBook authors. Without them, eBooks might be forever lost in cyberspace.

I’d like to add Indie eBooks. You are my first interview in the United Kingdom and I appreciate the introduction. I’ve had quite a bit of traffic from the UK to my blog (http://reluctantmediumatlarge.wordpress.com/) and your visits are appreciated. I’ve been amazed at the number of countries that have found my blog, which I admit, sometimes leans toward the weird. But it also has a lot of information about Santa Fe if you’d like to visit, along with area ghost stories. I also post about publishing. My thanks to all my visitors and especially my followers.

Where can we find you, and what books do you have out now?

Reluctant Medium is my first book. It’s a paranormal mystery about reporter Rachel Blackstone, the reluctant medium. It can be found at Smashwords and at Amazon.

I’m currently working on the next in the Reluctant Medium Series called Lemurian Medium which I hope to release early next year. In this story, Rachel takes to the astral plane to save a friend and solve the mystery of the strange artist who has come to town. The action takes place again in Santa Fe, New Mexico—except while taking wrong turns on the astral freeway.

Check in anytime at my blog if you have questions or comments. You can also find me on Goodreads and Shelfari.

Why did you choose the theme you did for your book? 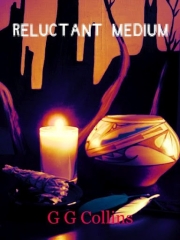 e dead; just as commonplace as making up the shop list. I ran across a real ceremony for bringing back the dead. Well, the first thing that pops into my mind: What if the wrong spirit returned? Before I could go beyond a few points scratched out on a napkin, I found my dream job—that of a reporter. But when my column inches were filled and my stories filed, I would write about a reporter who learned about the ceremony in an interview with a Hopi shaman.

As you’ve likely guessed, the wrong spirit returned. Not the father she hoped to talk with one last time, but an evil spirit intent on revenge. Rachel’s ill-equipped to return it. But she and friend Chloe give it their best shot.

Despite persistent rumors, the two women don’t smoke all that much pot, but it does help them over the rough spots and Chloe will keep her silver box handy. But it may not be enough for our intrepid reporter as she tries to put the genie back in the bottle.

A seasoned reporter, G G Collins has racked up a lot of column inches, a few awards and a writing fellowship at Duke University. She never met a story she didn’t like, although some interviews were challenging, a few obnoxious. But reporting is always exciting, exploring the rooftops of skyscrapers, meeting in clandestine locations, getting an exclusive story, and occasionally being a tad alarmed at someone’s behavior. (Know where the exits are!) It’s all in a day’s work. Of course, there’s the ever present question of how to dress: jacket for the interview with the visiting entertainer or jeans for the aviation hangar story? Forget wardrobe, make sure there are notebooks, recorders and extra batteries. 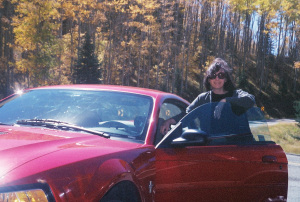 But there was another side lurking, just waiting to write its way out. This side of her personality is fond of the strange, the frightening, the metaphysical.
The day she discovered the Hopi ceremony to call back the dead, she just had to ask the question: What would happen if the wrong spirit came back? “Reluctant Medium” resulted.

Besides writing and reading, Collins enjoys travel, equestrian activities, hiking, movies and arts. Most days, she lives above the northern Horse Latitudes.

http://indieebooks.co.uk is aimed at providing a common platform for indie writers and publishers to show-case their work. The content is kept limited to one (free) short story per author to give the reader an idea of the writing style and talent involved and to help forward them on to more substantial work.
View all posts by indie e-books →
This entry was posted in Interview with an indie author and tagged Chaim Potok, creativity, Dark Shadows, G G Collins, indie, indieebooks, interview, journalist, medium, paranormal, Shirley Jackson, Shirley MacLaine, Stephen King. Bookmark the permalink.

2 Responses to Interview with an indie author – G G Collins